A recent discovery that the bat colony inhabiting the attic of the county sheriff’s department numbers over one thousand has raised serious concerns about the health and safety of deputies working in the second-floor offices.

That bats are and have been hanging around in county buildings is not a surprise, but the nature and seriousness of health hazards posed by their multitudes was rather alarming.

Bats are not pretty, rather they seem creepy, in the eyes of most people. Nevertheless, members of the non-profit Missouri Bat Census and organizations like theirs are quite fond of, and concerned about bats, their safety and ensuring they are treated humanely. 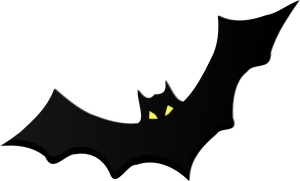 Generally speaking, however, anyone of mature years who remembers Count Dracula, or even the younger generation mesmerized by The Vampire Diaries or similar TV shows, may find it hard to resist associating all bats with the blood-sucking creatures of the night.

Yet in real life, bats, and specifically the 14-15 species found in Missouri, are protected under the Wildlife Code of Missouri. Some species are on the U.S. Fish and Wildlife endangered list, among them the gray bat and Indiana bat.

The Missouri Department of Conservation (MDC) views bats in very positive light, dispelling common myths about them: “These beneficial mammals consume tons of insects daily and some act as plant pollinators.” More than 400 products come from bat-pollinated plants, including bananas, avocados, cashews, balsa wood and tequila.

Further, according to the MDC:

Bats are clean, shy and intelligent creatures. They occupy almost every habitat worldwide and are the primary predator of many insect pests that cause millions of dollars of damage to farms and forests annually.

At the same time, the department acknowledges the health hazards imposed by a buildup of urine and feces.

Bats look like rodents but they are mammals, as noted above. Their young are born during the May-July time frame, and regulations preclude removing them from their habitat before the young are mature enough to exit their hideaways with the adults.

The recommended way to remove a bat or a few is to build an “exclusion” – a device that allows the bat to exit but prevents re-entry. Not recommended is to use fumigants or repellents, trapping or shooting the bats.

Unless it is damaging property, it is illegal to kill bats. Licensed wildlife (bat) removal services can be found online, operating out of Kansas City, St. Louis, and Springfield, Mo., among others.