Missouri rules of the road for bikes and cars 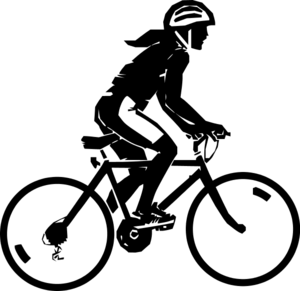 A Warsaw man whose bicycle is frequently his mode of transportation told of a dangerous incident he experienced with a motorist this week.

He (bicyclist) was rounding an uphill curve on a narrow city street near a main traffic-lighted intersection. While going up and around the curve he rode to the center of the lane as a safety measure.

Unexpectedly, an impatient driver in a car behind him began shouting expletives at him, then drove his car angrily around and past him.

Still fuming from the minute-long inconvenience, the motorist pulled over onto the side of the road just past the intersection, got out of his car and waited. He then threatened the bicyclist physically when the latter approached the same spot. Apparently, the motorist had no time to slow down for a minute or two, but had quite enough time to pull over, wait and engage in verbal if not physical confrontation.

For his part, the bicyclist dismounted, and putting the bicycle between himself and the angry driver, suggested convincingly that the motorist reconsider his intentions. Thankfully, that was the end of it, and they each went on their way.

Warsaw prides itself – at least its city officials and peace-loving citizens do – in the fact that it is a bicycle-friendly community. Specially-designed bike trails, bike paths already existing and more planned along city streets and roadways, encourage people to ride their bikes more and more often. Championship bike races are held in Warsaw, and hopefully soon it will be designated Missouri’s official championship site.

Very likely the motorist vs bicyclist scenario described above happens often. The driver of a car should not pull out in front of a moving bicycle to pass in an unsafe way. A violation of RSMo 304.678.1 is an infraction of the law, but becomes a misdemeanor if an accident results.

Bicycles moving slower than other traffic should stay on the right side of the roadway as often as is safe. Yet, there are exceptions when bicyclists are following the law by moving to the center of a lane for safety reasons (RSMo 304.016.4).

Motorists and bicyclists need to inform themselves of Missouri rules of the road. Some may be surprised to learn that “Every person riding a bicycle or motorized bicycle upon a street or highway shall be granted all of the rights and shall be subject to all of the duties applicable to the driver of a vehicle…” (RSMo 307.188).

In the same way as for other motorists, when a vehicle driver needs to make a right turn and is following behind a bicyclist, the motorist is supposed to slow down and wait until the turn can be made safely. Safety, not speed, is most important in all circumstances.

A Summary of Missouri State Statutes Related to Bicycling is helpful and informative for bicyclists and motorists to understand their rights and responsibilities toward each other.

This entry was posted in More on the subject of..., Other stuff and tagged Missouri bike laws; cars and bikes; Mo. road rules. Bookmark the permalink.